Médoc to Moulis-en-Médoc, Cru to Château, passion to shared pleasure, history to terroir : the path followed by Biston-Brillette bears witness to its rank as a great Moulis.
From the origins of the estate, Mr Biston, the founder of the Biston-Brillette growth, secured its place among the best Moulis wines of its time. Today, Michel Barbarin and his sons devote their skill to crafting a wine with the soul of a genuine Moulis and a refined, elegant character. 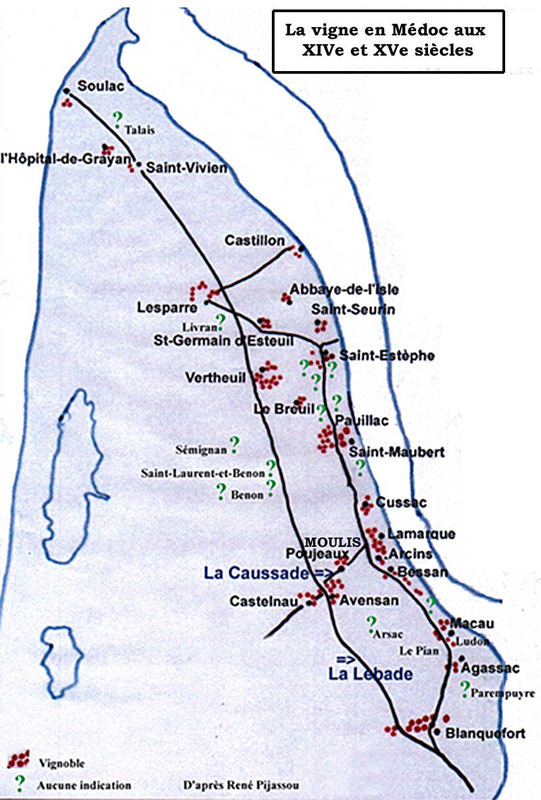 Moulis, a vineyard of mediaeval origin

In the Middle Ages, as early as the 14th century, the ecclesiastic and nobiliary vineyards of the parish of Molinis (mills), the seat of the Haut-Médoc archpriesthood, were already recorded in ecclesiastic terriers and holding contracts. Although Moulis vineyards date back to mediaeval times, initially grouped around the church and the Poujeaux domain, they developed significantly from the 18th century only, despite the fact that in the previous century, winegrowing expansion had started from the outskirts of Bordeaux and stretched out as far as Margaux. While vineyards were being planted everywhere along the Garonne river, Moulis remained a “grain parish”, as it had been in mediaeval times. There were vineyards in the parish, but they were dotted among various large estates, focused on multiple cropping and animal husbandry. 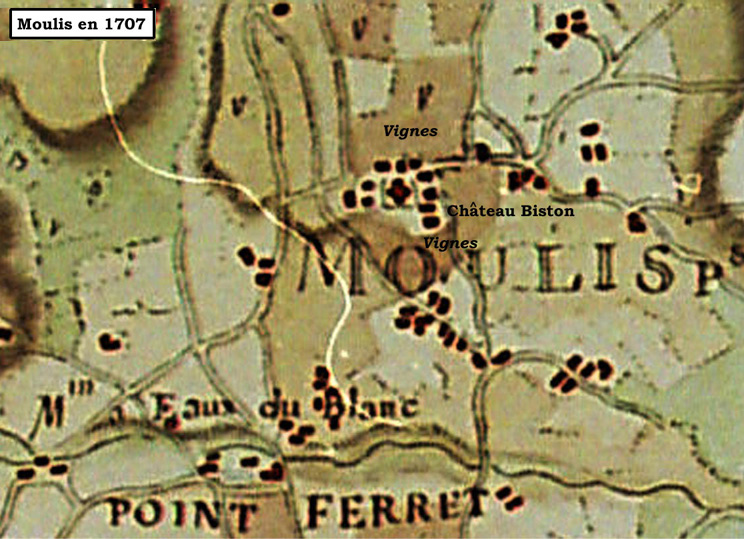 While the legend of the great Médoc appellations grew during the Ancien Régime, and shone during the Second Empire, Moulis was something of a sleeping beauty. Winemaking came to life with the arrival of the railway and the development of road networks. During the 3rd Republic, Moulis wines constantly gained renown, even when Bordeaux wines in general declined in the period between the two World Wars. Despite these unfavourable circumstances, the constant quality of Moulis was rewarded, in a time of crisis, by the creation of the Moulis AOC Appellation. The “Mediaeval Molinis” then joined the closed circle of great winemaking communes in the Médoc.

At the beginning of the 18th century, with the “drinks fad”, new wine consumption habits made it possible to promote Médoc wines, and, consequently, to develop the Médoc vineyards. The mediaeval love of marshland wines gave way a dominant taste in Bordeaux wines, focused on wines grown in gravel, with good cellaring potential, great finesse and elegance. During that time, then called the “planting frenzy”, the Bordeaux aristocracy cleared land previously occupied by uncultivated moors. Moulis gained increasing importance during a period that took the vineyards of the great Médoc appellations to new heights. The Moulis vineyards remained on former winemaking locations, most often of mediaeval origin, such as Grand and Petit Poujeaux. At the end of the century, single-crop farming with vines was not yet the done thing, but the first Cru names were starting to emerge from among the more run-of-the-mill parish wines. These first historic growths made their mark in the history of a still discreet, yet very promising vineyard. When the Grands Crus were classified in 1855, Moulis again seems to have been forgotten, kept away from the club of leading winemaking communes. In 1855, no main road led directly to Moulis and the railway had not yet reached the little town. On June 30, 1870, the Moulis-Listrac railway station was inaugurated. The Moulis Warehouse Company built large cellars, with a capacity of 2,000 tuns and 250,000 bottles. By 1876, vineyards had replaced most of the grain crops in Moulis, with 1,120 hectares versus only 100 for tillable land. During the great depression, the Moulis AOC was created in the 1930s under the aegis of the winemakers’ union. Moulis then asserted itself among the prestigious communal appellations of the Médoc, alongside Margaux, Pauillac, St. Julien, St. Estèphe and Listrac.
After the war, there was a rebirth of Médoc vineyards. In the INAO classification of 1961, that was not applied subsequently, some of the growths joined the Grands Crus Classés. At the time, many of the great growths of Margaux and other appellations had collapsed during the great depression or had suffered from the 1956 frosts. Thanks to its early rebirth and to the determination of its winemakers, the Moulis AOC today offers a broad range of wines, characterising the diversity of its terroirs. The Biston growth was created in the 18th century by Mr Biston. Its wines were classified by the Guyenne Intendance in 1776. Later, in 1850, the first edition of the Féret mentions Biston among the leading Moulis wines. In 1860, Château Biston became Château Biston-Brillette, ranked 1st Cru Bourgeois Supérieur of Moulis. Since then, Château Biston-Brillette has remained in its ancestral position, even though the “adjuvants to growth brands”, as they were known during the Belle Epoque, are no longer governed by the same laws today.

A growth is born

During the 18th century, in heady economic times for Bordeaux wines, Mr Biston, who owned a few hectares of vines in the commune of Moulis, created his own growth. In the section entitled “Parishes behind those along the river”, in the wine classification drawn up by the Bordeaux Intendance in 1776, the Biston growth ranks among the first four historical growths of Moulis. The château of Mr Biston was then located across the road from the church, with adjacent vineyards. The price of a tun of Biston wine, from 300 to 240 French livres (the price level of a 5th Pauillac growth), shows that its quality was recognised by the Bordeaux trade. During the 19th century, the Biston growth continued to assert its prestigious origins. With some thirty hectares of vineyards since the Brillette outcrop was cleared, the growth produced 25 to 40 tuns of wine when the Napoleonic Land Register was drawn up in 1828. In the first edition of the Féret, in 1850, it was ranked 6th among the reputed growths of the Moulis Appellation. In 1860, its owner, Mrs Menessier, named it Cru Biston-Brillette. With the birth of a brand that became much sought-after by English customers, Biston-Brillette finally revealed the origins of its identity by becoming a First Cru Bourgeois Supérieur. Ulysse Daurat was awarded medals and recognition, and upheld the rank of Biston-Brillette among a handful of growths that were the elite of Moulis wines for centuries. From the end of the 19th century to the 20th century, in successive editions of the Féret, Château Biston-Brillette constantly maintained its position among the leading Moulis growths.

History of the family estate

Today, Château Biston-Brillette is managed by the two sons of Michel Barbarin, Serge and Jean-Paul. After studying to be an industrial technician, Serge, fuelled by a passion for winemaking, joined the family estate in 1985, at the age of 25. He was later joined by Jean-Paul, who had just completed his degree in vine-growing and oenology in Montpellier. The two brothers, united by the same passion, guided the family estate to equilibrium (26 hectares). 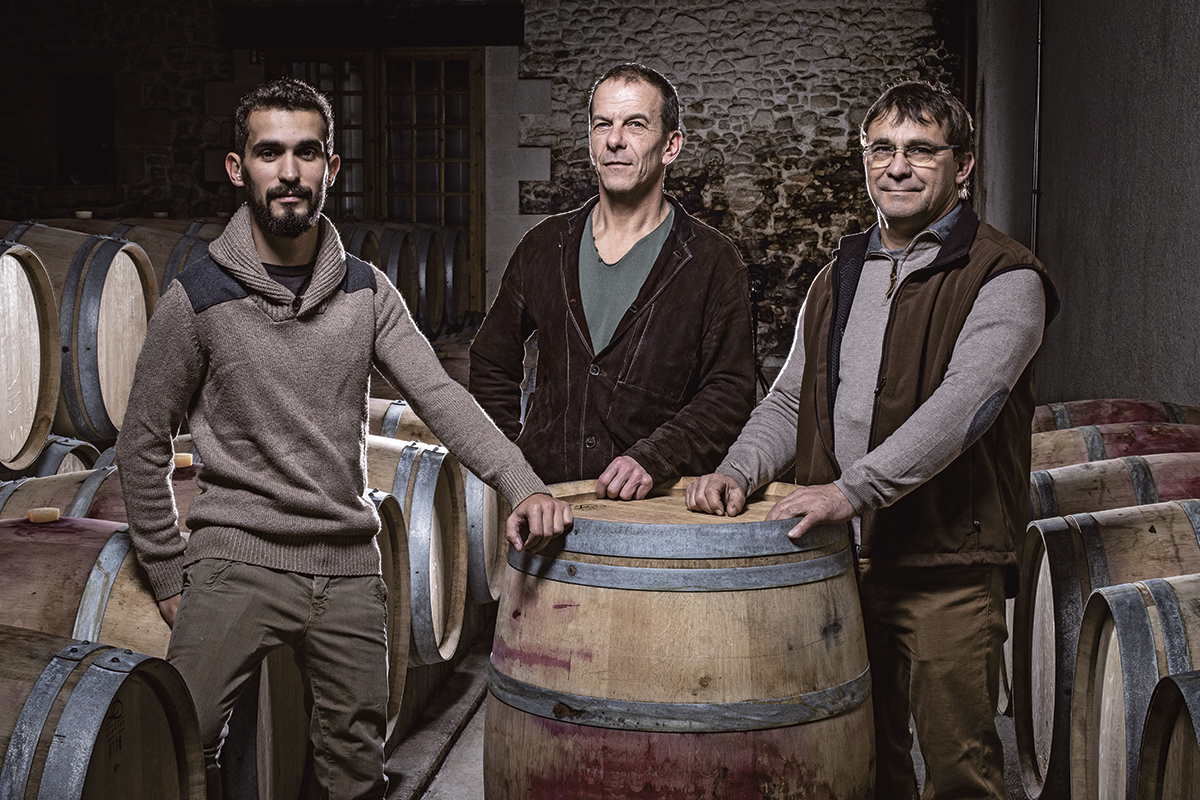